“The Artist is no other than he who unlearns what he has learned, in order to know himself,”   e.e. cummings

Perhaps it is inevitable that artists go through life feeling they are an odd fit in this world. They are rebels– wild, free and on a voyage of self discovery that cummings so eloquently speaks of.  When they are young it is a most painful state, not knowing where you belong, the odd man out; at home, in the schoolyard, in social settings.  But comes a time, usually post high school, when they embrace their difference and celebrate it.  It becomes their nom de plume in the world, so to speak, and it saturates everything.

If one is lucky enough to have parents who believe their children should follow their dreams, you can follow your chosen path and land in a place where your life’s work becomes a kind of playground you never want to leave.  Celebrated or not, a belief in the value of one’s own work becomes cemented into one’s psyche, and you can live a happy life, even though your income is nothing to speak of.  Your work has become an extension of your very self, and you send it into the world to speak for you.

Camille Pisarro was one such person.  “When Pissarro returned to his home in France after the (Franco-Prussian) war, he discovered that of the 1,500 paintings he had done over 20 years, which he was forced to leave behind when he moved to London, only 40 remained. The rest had been damaged or destroyed by the soldiers, who often used them as floor mats outside in the mud to keep their boots clean. It is assumed that many of those lost were done in the Impressionist style he was then developing, thereby “documenting the birth of Impressionism.”*  Pearls before swine.  Still, Pissarro kept painting.  History, both old and new has many such examples of persons who persevered because of their belief both in themselves (the primary cause) and in their own work.

Earlier in his career, in 1863,  his work was rejected for inclusion in the Paris Salon, and done so publicly, by being hung in a separate exhibition hall labelled Salon des Refusés, translation “the reject gallery.” Still he painted, and went on to become the prime mover in a new school of artists known as the Impressionists.  Belief in oneself will take you far. 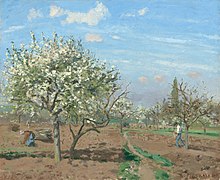 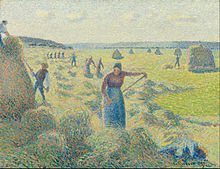 And so, at this late date I paint.  Only after the age of 60 did I fully embrace my art.  Born with a talent for drawing and a love of color, I was not strong enough to rebel against my parent’s wishes.  Instead of art school, I enrolled in a teacher education program, and later a graduate school to become a librarian.  For 40 years I did what was expected, and was deemed a success. But my longing for art never died, and I fed it with trips to art museums on every vacation and on free weekends.  I became an expert in art criticism, and my knowledge of art history would qualify for another degree were I tested.  Frida Kahlo became a hero of mine, for her transformation of her pain into art.

Being mavericks and feeling odd and having pain are all part of an artist’s equation.  I would argue that the best of artists come from profoundly painful backgrounds.  They achieve a depth not found in those who did not face and survive the minotaurs in the hero’s quest which make up their lives. Carbon transformed to diamond by heat and pressure.  Steel forged in fire.

And so I paint. And paint.  And paint.  A gift of beginning at this late date is the urgency I feel in completing what I have come to call my life’s work in only the 20 odd years left to me.  It drives me to accelerate my evolution as an artist.  I wrap my wrists in tape when they begin to ache from hours and days pushing them to paint.  It is a happy pain. I feel so fortunate to at last be where I was meant to be in the universe, to complete what I came to earth to do.  And whether or not I sell my paintings in my own lifetime is not so meaningful to me.  If I don’t, I will join the company of those who left this lifetime knowing what they knew, and free of the encumbrance of pining for fame or money, just doing what they must do, and gifting it to the world.

artist, librarian poet, byzantine icon painter, perennial student. Join me on ukrainianbookclub.wordpress.com frangelicoblue.wordpress.com
View all posts by Olga Dytyniak →
This entry was posted in art, philosophy and tagged art as a reflection of the interior person, Camille Pissarro, philosophy. Bookmark the permalink.

This site uses Akismet to reduce spam. Learn how your comment data is processed.

learning about ourselves through our culture and history

Years ago I went to teach in an urban school in order to join black people in their quest for equality. I was naïve, unaware of my ignorance, and totally conscious of race. What I learned was to question: why always in black and white? Please look for my forthcoming book, Always in Black and White? A Teacher Learns Her Lesson, and join me in discussing where race may fit in a post-racial society.

Building Community Through Icons as Contemporary Expressions of God's Presence

illustrated journey of an american in paris

A daily selection of the best content published on WordPress, collected for you by humans who love to read.

Orthodoxy and the World: Pilgrimages, Missions, Vignettes, Everyday Saints and other Stories by a little city hermit

Learning to see with the eye of the heart

byzantine iconography and its world...